Simen Dokken is proud of his workplace and of his job at Ragn-Sells. “I find it both meaningful and important.” Photo: Alexander Benjaminsen/DNX

The apprentice who became a manager

Wearing safety boots, a hard hat, ear defenders and orange work clothes, Simen Dokken (24) walks between tall piles of tyres, wrecked cars, planks, plastic and chips at Ragn-Sells Borgeskogen site in Stokke, Norway. He works here as a foreman, with responsibility for what comes in and what goes out to landfill and making sure that everyone does their job.

- When I tell people what I do at work, I get the impression they think it’s an important job. I’m proud of this workplace and of my job, and I think it’s both meaningful and important, says Simen Dokken.

From apprentice to manager

It is summer 2013. Simen Dokken is 19 years old, really fed-up with college and with no idea what he is going to be. All of a sudden, he gets an offer from an employment agency for a summer job at the environmental company Ragn-Sells. This also turned out to be the initial nudge towards an apprenticeship as a recycling operator – a course he didn’t even know existed. Now, five years and one apprenticeship later, Simen Dokken has landed his first management position with the same company.

- It’s really great that they put so much faith in me and gave me so much responsibility after such a short time – and shear good luck that they went for me. It’s proof that it pays to work hard and with a goal, and to stick at it, says Simen Dokken. 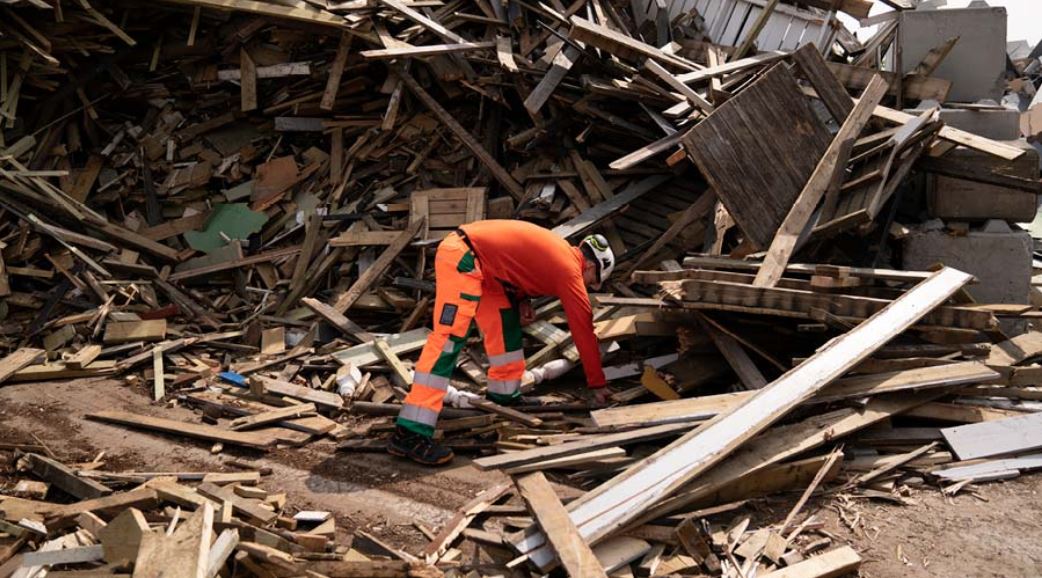 Surrounded by crates and containers full of electronic devices, cables, monitors and PCs, Dokken does an inspection round, quality-assuring the sorting process. Photo: Alexander Benjaminsen/DNX

Witness to use and disposal

Surrounded by crates and containers full of electronic devices, cables, monitors and PCs, Dokken does an inspection round, quality-assuring the sorting process.

- How can people throw away so much good stuff that still works and is in good condition? Is it just because something cooler and newer has come along? he says with commitment as he lifts up a laptop as an example.

Before starting at Ragn-Sells, he did not consider working in “scrap” as a high-status job – but now he has changed his mind.

- I find it really inspiring to be involved in seeing that fully usable resources are re-used and recycled. Those of us who work here are also really aware that we are contributing to the circular economy with the aim of conserving the planet’s resources, he says as he walks up to the polystyrene section.

This is where incoming polystyrene is converted into compressed polystyrene blocks, which are then milled down by the manufacturer to become new polystyrene products – known as a secondary raw material.

- We are doing our bit to help make the planet a slightly better place to live in the future – it’s good to think about when I go home after a hectic day at work, says Simen Dokken.

Simen jumps down off the wheel loader. The bucket is filled with pre-sorted timber. Planks from former patios and retired pallets are fed into the mill and come out as chips.

- This is collected and used in energy recovery, he says, lifting up a handful of freshly milled chips.

The 24-year-old thrives even out in forests and fields, surrounded by mountains and green forests. This summer he will be walking the length of the Hardanger plateau – alone.