Älskade stad is an initiative for a better and more environmentally friendly inner city and is now available in four Nordic cities.

Collaboration for a sustainable city

The Älskade Stad (“Beloved city”) initiative for a sustainable and attractive city started in March 2017. Ragn-Sells and the logistic company Bring developed a concept that has so far expanded to four Nordic cities.

The idea is to make the inner city better and more attractive to live and work in. Through joint loading in common hubs and distribution using small electric vehicles, the collaboration has reduced traffic and CO2 emissions*.

The idea was born out of the challenge of solving the problems of heavy traffic and accessibility in central Stockholm. Ragn-Sells drove into the city with empty cars to collect customers waste, and the distribution companies had the opposite situation with cars full of goods on their way into the city, but empty on the way back.

–  Ragn-Sells and Bring both have high sustainability ambitions and saw great value in finding a solution. Together, we launched this concept which welcomes cross-industry and innovative collaborations that benefit our cities, says Cecilia Zarbell, Communications Director at Ragn-Sells. 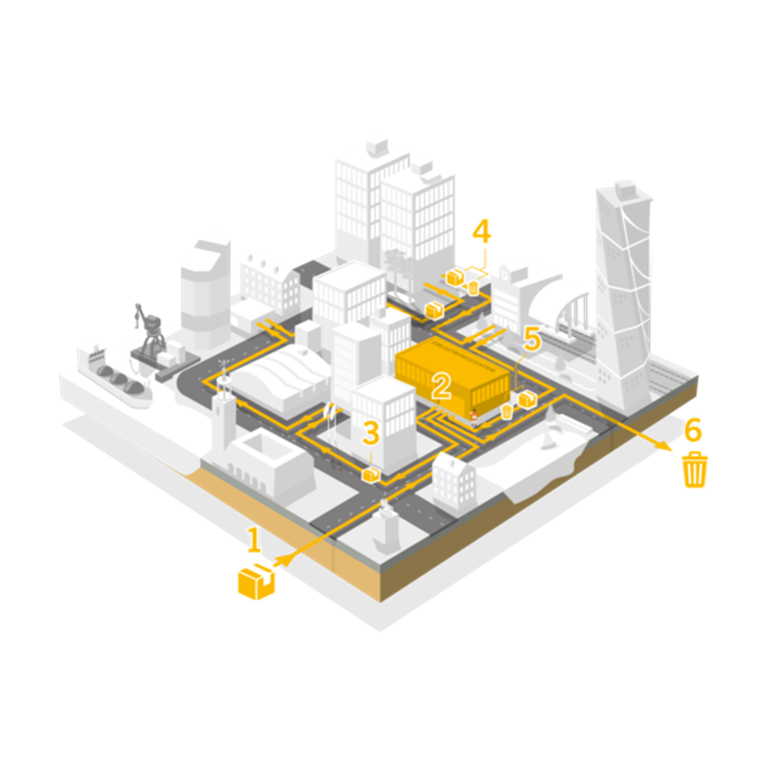 The Älskade Stad solution is now available in Stockholm and Malmö in Sweden. Ragn-Sells and Bring in Norway have also established similar collaborations in both Oslo and Trondheim under the name “Elskede by”.

In all these cities, a partnership has been signed with a property owner. They are responsible for the collective distribution premises, and wish to contribute to a better city center for residents and companies that rent their premises.