Waste from open aquaculture facilities consists mainly of fish faeces and waste feed. This ends up in the sea and may form a carpet over the marine environment. Photo: Benjamin A. Ward

Ragn-Sells Norway is investing in a sustainable solution for the fish farming industry. Dead fish and fish feces have proven to be a treasure trove full of renewable energy. A Norwegian unique technology can contribute to transforming an environmental challenge into an international industrial adventure.

An hour by boat north of Bergen, between high Western Norwegian mountains in Sørfjorden in Osterøy, the 14 open marine netpens of Lerøy Sjøtroll’s aquaculture facility come into view. Over 700,000 rainbow trout live here in what appears at first sight to be an entirely ordinary aquaculture facility.

However, a world first is hidden beneath the surface of the water.

At the base of the netpens is Norwegian-developed technology which can both help meet an environmental challenge and be the start of a global green industrial adventure.

Waste from open aquaculture facilities consists mainly of fish faeces and waste feed. This ends up in the sea and may form a carpet over the marine environment.

Around 90 per cent of all aquaculture facilities have a certified environmental permit that is good or very good, but in some places the local conditions prevent the fjord from removing waste naturally.

This leaves room for innovative solutions.

– What you will see down there in the netpens at a depth of 35 metres paves the way for revolutionary business opportunities. For the aquaculture industry, on a global scale in particular, waste also represents an opportunity for profitable green resource utilisation, says Dag Martin Børhaug, a Bergen resident through and through and General Manager of Ragn-Sells Havbruk.

Norwegian fjords such as Sørfjorden have natural advantages for aquaculture, but in some places the volume of waste has hindered growth. At the same time, the authorities have clear expectations that production will double by 2030 and quintuple by 2050.

– For a few seconds, just take in the idyll all around us. Aquaculture must be managed in such a way that it keeps the fjords alive. If capacity is to be increased, solutions are needed to minimise the negative environmental consequences, says Børhaug.

When the clever folk at the small aquaculture firm Lift Up in Western Norway had developed their invention, a combination filter made of blue plastic, Børhaug and Ragn-Sells Havbruk saw its opportunities and entered into a partnership.

Back in the netpens off Osterøy, the rainbow trout swim around in the blueish green seawater mixed with fresh meltwater from the mountain. They are fed eleven times every 24 hours and they defecate at least as often.

– The residue of both food and faeces, fish sludge, usually sinks to the seabed through the netting of the netpens. Here at Lerøy in Sørfjorden, the netpens have a tightly meshed base so that the sludge is caught in the netting and separated by the filter, says Børhaug.

Using the recently developed combination filter, these resources can be utilised as it separates dead fish and fish sludge, which is then pumped up into separate tanks and used to produce bioenergy, fuel, fish oil products, and organic fertiliser.

– This is the first facility in the world to make use of the invention. The system for collecting and removing waste from aquaculture netpens minimises the impact of food and fish faeces on the marine environment, explains Daniel Flatøy, Head of Logistics at Ragn-Sells Havbruk, which performs waste management and maritime operations for over 100 sites in Western Norway and Rogaland. 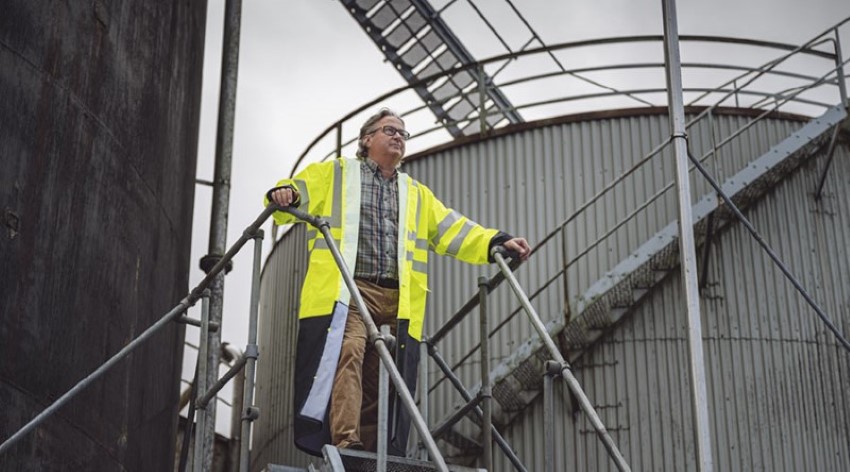 Since last summer, nearly 3,200 tonnes of fish sludge have been removed from Sørfjorden, equivalent to 70 per cent of the total discharge.

– This is a big step towards utilising established aquaculture facilities in a more sustainable manner. We are planning to gradually scale up activities, which will stimulate more value creation, says Flatøy.

The energy potential of biosludge from Norwegian aquaculture production is actually equivalent to the annual energy consumption of all of the City of Bergen.

The full-scale pilot project in Sørfjorden was started in summer 2020 and is a partnership between the aquaculture operators Lift Up, Ragn-Sells Havbruk, AquaPro, and AMOF-Fjell, with the support of Innovation Norway.

– The project is a good way of starting to use an unutilised resource and also overcoming an environmental challenge. In the big picture, we need to recycle and utilise the resources that exist to a greater extent, says Tore Alfheim, Senior Adviser at Innovation Norway.

He emphasises that the good results may pave the way for attractive business opportunities worldwide.

Sørfjorden has natural advantages for aquaculture but in some places the volume of waste has hindered growth. Photo: Benjamin A. Ward

Fish sludge is pumped up into separate tanks and used in the production of bioenergy, fuel, fish oil products and organic fertiliser. Photo: Benjamin A. Ward 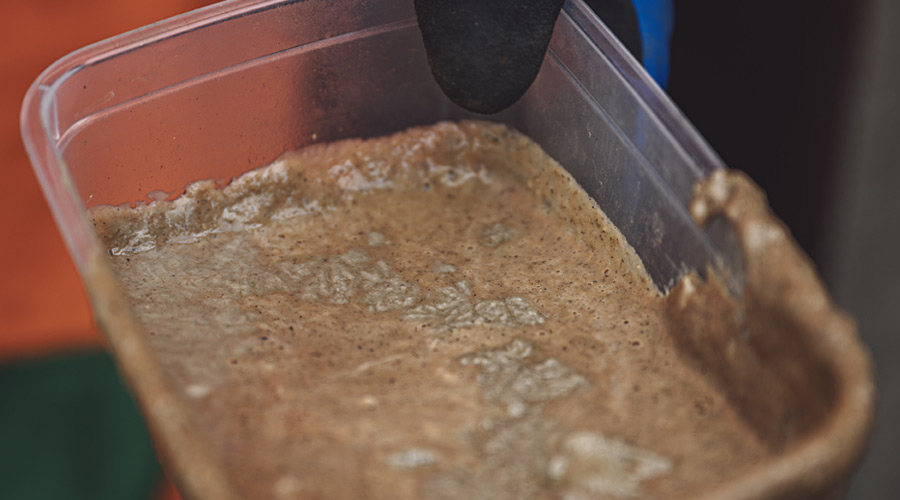 Fish sludge is pumped up into separate tanks and used in the production of bioenergy, fuel, fish oil products and organic fertiliser. Photo: Benjamin A. Ward

–  What is happening with the local pilot project outside Bergen will greatly benefit aquaculture nations like Scotland, Chile, Canada, China, Ghana and Peru. I am thinking here of the combination of technology, experience and environmental benefits, says Alfheim, and with Norway at the helm as a leading aquaculture operator, I think we are seeing the start of a very interesting value chain here, Alfheim concludes.

The technology and the collaboration project were also praised by the Minister of Fisheries after a visit to the facility in the late summer at which the Minister described it as an impressive example of the aquaculture industry taking the lead and finding solutions to environmental challenges.

Imagine fish sludge becoming biofuel on a jet plane that can ultimately take you to the Maldives or New York. That’s what I call greener travel, says Dag Martin Børhaug of Ragn-Sells Havbruk.